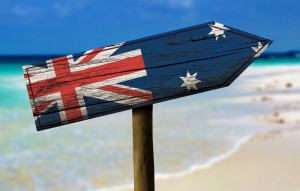 The people of Western Australia have some very colourful phrases that can be very difficult to understand at first. Here we will try to explain the basics of understanding the local way of speaking.

An important thing to remember when listening to Australians is that they tend to shorten words and this is very common amongst the younger generations.

A couple of examples would be:

Boardies: a shortened version of board shorts, a commonly used item of swim wear

Basically if a word does not make sense try to think about what word it could be a shortened version of.

Here is a small list of some of the more commonly used phrases in WA:

Barbie or BBQ: Australians tend to refer to a BBQ as a Barbie but the word BBQ is still sometimes used. This is a way of grilling meat or vegetables on a fire or gas BBQ and is a very common way of cooking.

Boot: the trunk of a car

Bonnet: hood of a car

Chook: chicken – so don’t be alarmed if you are invited to eat a roast chook or to “pick up a cooked chook”

Doona: a duvet or comforter

Esky: an ice cooler, generally used for keeping beers or wine cold at the beach or at parties.

Dunny: a word for the toilet that is still sometimes used by the older generations.

Fair Dinkum: Like Dunny this is losing popularity but if your hear it, it means that something is genuine or true.

Flat White: coffee with milk – the Australian style of ordering coffee differs to the Starbucks style and you get many variations such as long and short. Spend a happy day at a coffee shop working out your favourite one.

Good on ya: a way of saying well done.

Mad as a cut snake: an angry or crazy person.

No Worries: Australians say this all the time and it basically means not a problem or don’t worry about it.

Ocker: somebody who is a bit backward and lacks basic social skills like the British Yobo

Pokies: a type of gambling machine found in most pubs.

Shout: this is said when it’s your turn to buy the round of drinks. As in it’s my shout.

This is in no way a comprehensive list of the local lingo used by Western Australians but you will learn as you go. It’s great fun trying to work out what the words mean and before you know it you will be using the same terms yourself.